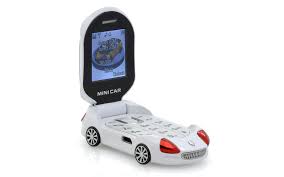 Driver distraction- the flip side, considers how phones can save lives, as well as take them.

But, first, some history. Back in 2003, when cellphones were in their infancy, Finnish researchers observed that mobile phone users communicated their location 70 percent of the time (e.g., “I am now at the train station”)  compared to just 5 percent for landline users. Users no longer need to enunciate their location- a GPS does that.  What users did not know back in 2003 was that cellphones would change mobility with their two-way capability.

In 2016  we continue to ride in conventional vehicles that resemble the ones on the road in 2003.  But, how we travel in vehicles is quite different, thanks to the smartphone. The obvious change is that phones have enabled carshare services to flourish, like Uber and Lyft. But, telematics have also brought a quieter, but seismic change, to the average, solo car driver.

Most drivers know that they should not text, talk on phones, and drive but most seem to continue to do so. Smartphones “drive us to distraction” but they are also driving the market, faster than we realize, towards autonomous cars. A fully automated car would let passengers safely  use their phones to talk, text, and do internet searches. There is a clamor to accelerate  the timeline for autonomous cars as traffic fatalities from distracted driving increase.

The NHTSA publishes the data on traffic fatalities due to driver distraction, but we know less about lives saved  by smartphones in cars.  For example, while many accidents with distracted driving involve younger drivers, particularly the age group ages 20 to 29, we do not know if this age group still have more facility interacting with a car’s electronic devices than older people. In an intriguing article, Mental Floss posits that an earlier generation of drivers found the in-car radio to be a distraction,  as people fumbled with knob controls and listened to the broadcasts. A1934 poll by the Auto Club of NY found that 56 percent deemed that the car radio to be a “dangerous distraction.”  Over time, car radios became less problematic and, the key point is that either the radios or the drivers (or both) evolved so that drivers did not have to refocus so much their attention to use them.

Anticipating the Road Ahead

Until recently radios were vital in cars. They brought drivers news of the road conditions and traffic…usually “on the 5s or on the 8s” and of course, in a way that was not specific to the route you might be traveling on. Today, smartphones (and dashboards that have a built-in GPS) play a vital role in keeping drivers informed about road conditions. The also assist  drivers in selecting routes, and avoiding congestion. Most significantly, they provide information so that drivers can anticipate their next turn, choose the best travel lane, and be alerted for stopped traffic. There are probably many traffic accidents avoided here….we just don’t know how to count them well.

Vehicle telematics have another “saving grace.” As drivers of electric cars know, haptic-type feedback helps drivers optimize their battery useage. Similar electronics can be used to improve driver skills.  Smartphones have the capability to employ GPS, accelerometers and gyroscopes  to sense if a driver is  braking or accelerating sharply, traveling over or under the speed limit, or making jerky turns.

To date, a few insurance companies have realized the potential of haptic feedback for drivers and offer driver discounts when the phone features are turned on and recorded. THe EverQuote’s Everdrive app — rates drivers on five factors: phone use, speeding, accelerating, cornering and braking. They claim a 31% improvement after using the app. There are many other examples of in-car monitoring and two-way tracking, and they appear to significantly modify how driver’s behavior. Again, There are probably many traffic accidents avoided here….we just don’t know how to count them.

To look at the flip, it is unlikely, if you rolled back to 2003, that people expected to be doing so much talking in their cars. But, it is even more surprising that the cars, in turn, are doing so much “talking” back to drivers!  The car-radio teaches us that new hardware, at the outset, brings distraction. However, it also has the capacity to evolve and bring entirely new means to scan for safety, travel conditions, and hazards beyond the windshield.

There is curb appeal, and the future of autonomous cars may depend on it. For reasons that are somewhat novel to transportation planners, curb appeal has new-found meaning. If parking issues were the unintended consequence of human driven cars, curb space might become a thorn for autonomous vehicles, if left to chance.

Fortunately, there are already lessons in developing curb appeal…and they come from an unlikely place- the airport. In a previous blog we wrote about how U.S. airports could become a proving ground for autonomous vehicles.  Autonomous vehicles have the potential to speed up ground-traffic, improve air quality, and make airport pick-ups and drop-offs less stressful.

But, surprisingly, airports provide a double-sided learning curve for automotive engineers and planners.  Today’s airports already have vital traffic control measures in place, ones that will become mandatory when there are more autonomous vehicles on the road.

But first, think city streets: both Uber and Lyft  pick-up and drop-off  passengers in a “willy-nilly” fashion- vehicles pull over to the curb, per customer demand. The pick-up point is set by the passenger, and it might be near a busy intersection or in high-speed traffic. This passenger-set location can interrupt other traffic, cause delays, and sometimes accidents. Today, as Uber tests autonomous trip-taking in Pittsburgh, they may work out a safer protocol for ride-hailing customers.

Meanwhile, most airports have controlled this sort of situation out of necessity. In a recent talk at the Volpe Transportation Center, Professor Anthony Townsend noted that curb management will become one of several policy levers for cities as they search for ways to manage pedestrian/vehicle interactions with new technology.

2. Airports have learned to take their curbs seriously.  Airports assiduously monitor and patrol their curb appeal, particularly after September 11th. When vehicles linger too long, or turn off their engines, the drivers are subject to fines or towing. Major airports have security forces that enforce curb control. Their presence makes airports more secure and keeps the vehicles moving.

In a future, where autonomous vehicles circle on the road, it will be key that they stay on the network and in service.

3. Third, larger airports sometimes have porters and staff at the curb to assist passengers. Although not all passengers will need this as they disembark from their autonomous vehicle, it may be of value for older people or the handicapped. New curb based concierge services might assist passengers as they board or embark. Furthermore, note that most of the vehicles that circle airports today do not charge their passengers directly. They have worked out payment transactions off-site. Keeping the vehicles moving is the first priority.

Meanwhile,  when you depart the “orderly” world of the airport curb and travel to more conventional open streets, the lack of curb control can bring chaos and conflict.

In San Francisco, for example, teachers at a public school joined with activists to protest the painting of an open, un-metered curb section to create a no-parking, white zone for tech shuttles. Again, in San Francisco, intra-city shuttles have operated for more than 30 years, but their use of curb space has remained a hot issue since 2004 when private employers began offering regional commuter shuttles, some with 45-foot long buses.  With the arrival of the autonomous car, the curb may replace parking (think Donald Shoup) as the next premium space to be coveted, rationed, and taxed. It may have all started at the airport.