Boomers and older cohorts own more than 60% of the residential real estate in this country.* Yet they make up only a third of the population. These people clearly drank the Kool-Aid that owning a home is a pillar of the American Dream. Perhaps Boomers even manufactured the Kool-Aid, for home-ownership is such a fundamental value.

The next generation, the Millennials, are postponing the aspiration to become homeowners, forging new paths for their American Dream.

OZZIE AND HARRIET MEET THE INTERNET

In previous blogs we observe that the “Ozzie and Harriet” style homes that Boomers favored are ill-suited to modern demographics. Millennials are marrying later, if they marry at all, living closer-in, and having smaller families. Boomers ignore these demographic trends at their own peril, because they must sell their large, “Ozzie and Harriet” manse to this next generation.
But, there is an even more unsettling issue for Boomers.

Nobel Laureate Robert Shiller observes that in ten years time, there could be another housing boom or bust. In a speculative article on the co-movement of house values, mortgage costs, and interest rates he observes a new, external factor:

“Culture changes- like those brought by the Internet- could also have a profound effect. When our social contracts are increasingly defined by social media, for example, the appeal of living in a permanent physical neighborhood could decline. We don’t really know. This is more sociology than economics.”

Shiller is conjecturing whether generational changes are underfoot. Supporting this viewpoint, the financial industry has noted a sea-change in rates of thrift and savings. According to Moody’s Analytics, people under age 35 have stopped saving. The Millennial generation has a savings rate of negative 2 percent, meaning that they are burning through their assets or going into debt.

The lack of savings is attributed to subtle factors, not simply to student debt or lack of jobs. One issue is that younger people say it is “too complicated” to learn about investment accounts, mutual funds, and IRAs. The other issue is that Millennials use their income for more experiential purchases. They express a priority to spend on travel, special events like weddings, reunions, and concerts, and, of course, eating out.

Harking back to Shiller’s speculation on housing trends, it is noteworthy that these experiential purchases- (vacations, travel, restaurants)- coincide with meet-ups, social contracts and social media. These are intensely social activities. The Internet may be the game-changer bringing about new needs. In the recent book, Aging in Suburbia, Chapter Six explores three different impacts that are fueled by the Internet. It is noteworthy that social experiences are trumping real-assets, including the older suburban homes so cherished by the Boomers.

WHO IS MIXING THE KOOL-AID?

So, looking forward, we need to ask not only who is drinking the Kool-Aid,  but more importantly, who is mixing it?

Striving to get a 30 year mortgage, doing the lawn on weekends, and getting a home equity loan for the DIY addition may have a more limited cachet for the Internet savvy Millennials. For Boomers…well, they have been there, done that. 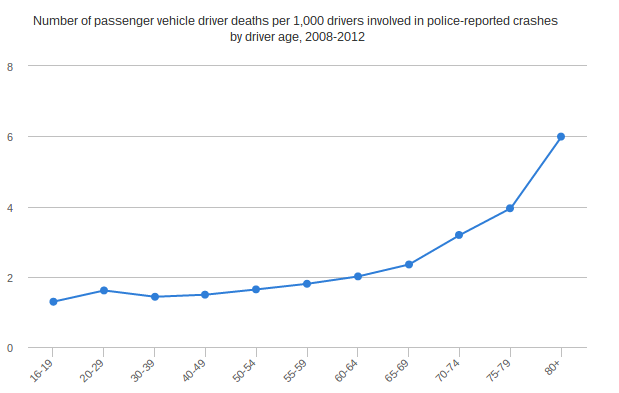 Baby Boomers did not move into their parent’s houses. For the most part they shunned the cramped apartments in bigger cities, the sprawling solitary farmhouses, and the turn-of-the century walk-ups and Victorians. Instead, the Baby Boomers rebuilt the US housing stock, and in most cases, these new homes defined the modern suburbs.

A RETHINK TO AGE-IN-PLACE

Today, as Baby Boomers age, they are rethinking how these suburban homes will accommodate an aging lifestyle. The journalist, Sally Abrahms, observes in a Wall St. Journal article that a mini “baby boom building boom” is taking place. There is a rethink going on among those who wish to age-in-place. There is recognition of retrofitting for future needs like homes that have a bedroom on the first floor, an easy-to-maintain interior and exterior, and curbless doors and floors.

Given their propensity to plan ahead, the Boomers next ‘Rethink’ should take place in the attached, but homely multi-car garage. The reason is that as people age they become less able to drive safely. In 2001, an estimated 23 percent of older adults were afflicted with mobility impairments. These are defined as medical conditions that make travel outside the home difficult. Afflictions like arthritis and diabetes, and age-related losses in memory and vision combine to make people less mobile, and less able to drive.

It remains to be seen whether Baby Boomers will be a healthier generation than their elders, or whether pockets of obesity and prescription drug use will take a toll. In 2013, 21 percent of the population over age 65 did not drive, but most of the cutback takes place at age 75 and beyond. It is well known that older drivers reduce the number of miles they travel (think less commuting) but the trends are changing. Retired Boomers take more individual trips and the average yearly mileage for those 70 and above is increasing. Inopportunely, it is women who cease driving sooner.

Unless Baby Boomers come to grips with the transportation issues, they will not be well equipped to age-in-place. This is particularly important for women, who may outlive their spouses, but are intending to remain in their family-friendly homes. While some Boomers will have perfectly intact homes that are well designed and thought out, they must reinvent their methods of transportation. How will they get around when they are less able drivers? Depending on the neighbors, adult children, or the paratransit van are not good solutions.

The need to think this through is important, since nearly 70% of the Boomers have settled in areas beyond the reach of public transportation. Fortunately, new transportation technologies are on the horizon and may be just-in-time when the oldest Boomers reach age 75 or so. In 2025 the AARP estimates that one in every five drivers will be over the age of 65 (and the oldest of the Boomers will be age 79).

Meanwhile, the homes that the Baby Boomers did not move into- their parents’ cramped apartments in big cities, and the turn-of-the century walk-ups and Victorians- these homes are getting renewed attention. That’s because they are centrally located near transit, and likely to be close-in for jobs, schools, restaurants, gyms, and more. So, both Millennials and the Boomers are bidding up the price of these rentals in urban, transit-friendly cities and inner suburbs. Meanwhile, the sprawling solitary farmhouses- many of them don’t really exist any more in the Northeast and Midwest. That’s because they were turned into the sprawling housing tracts and suburbia that Baby Boomers now call home-sweet-home.